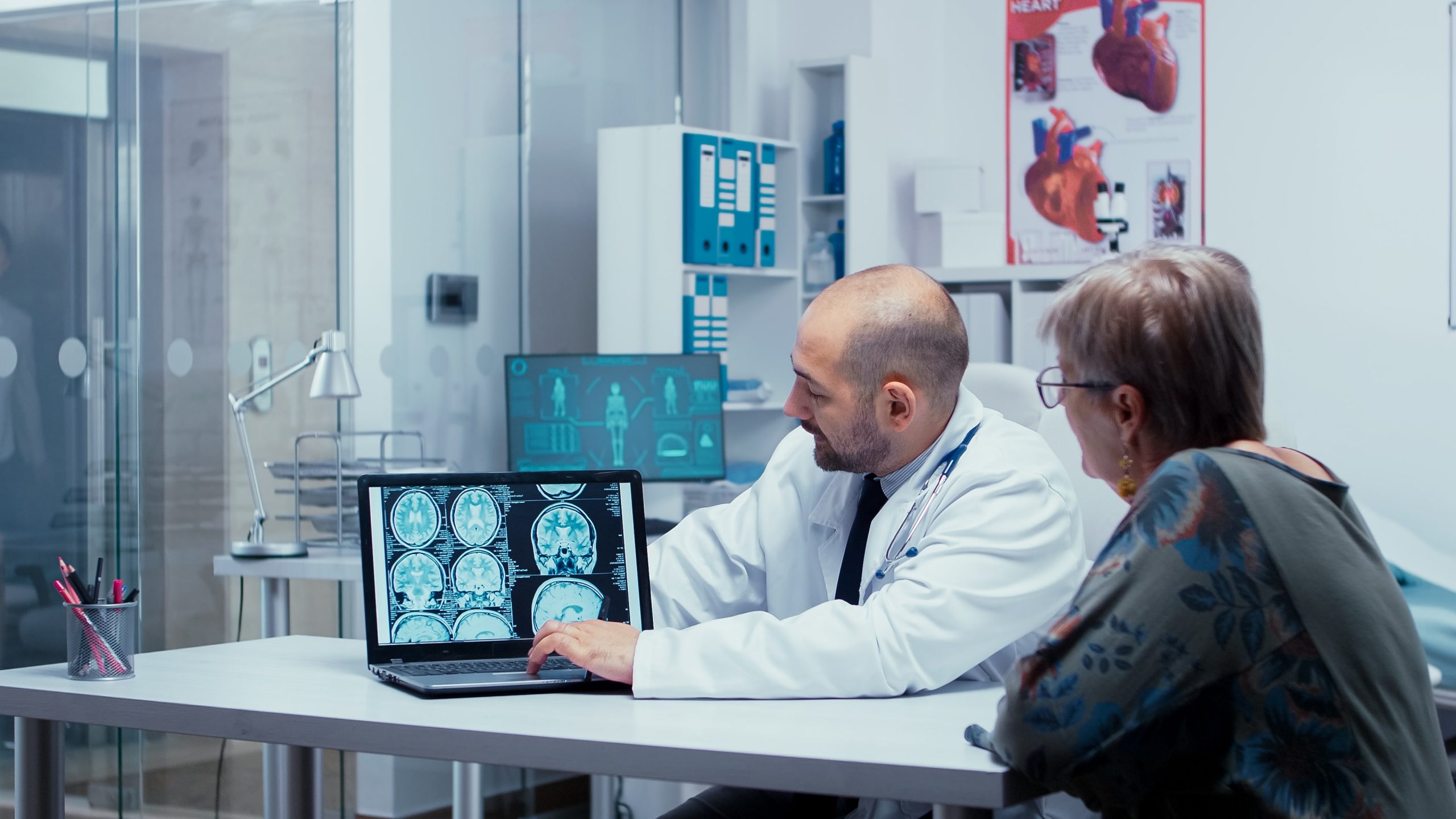 I now, just over one year later, am walking with the aid of a single cane which at times I am able to discard. I can go up and down stairs, albeit just using my right hand to hold the stair rail so I come down backwards.

I live just outside London in the UK and at 4.30am on 1 July 2010 I was awakened by my wife as I was making strange noises and behaving in an irregular manner in my sleep. Being concerned, she called the emergency services that arrived within minutes. They suggested I had suffered a severe stroke and that I had to go via ambulance to hospital as an emergency.

rain, this meant the left side of my body was rendered paralyzed. As an architect with my own practice, this was very damning and shocking news as it meant that I could no longer draw or write, being left-handed.

My wife was researching on the Internet to see if she could find anything to help my condition when she came across NeuroAiD™. We decided that although it was prohibitively expensive, we felt and hoped that the benefits would outweigh the cost to try a one month supply when we would decide whether to continue the course, should it prove beneficial. I felt it had certainly helped me and ordered a further three months supply and subsequent one month supplies after that. I feel that my response to NeuroAiD™ has been of some help in as much as I feel my mental state has been improved and, to some degree, restored and there is a feeling of wellbeing. I also feel my mobility has improved although I have been having physiotherapy and so it is difficult to know whether one or the other, or even both NeuroAiD™ and the physio together, have helped me.

From the initial stage of being in a fairly vegetative state, being hoisted around in a “bag” on a hydraulic lift from bed to seat, etc., and back again, I now, just over one year later, am walking with the aid of a single cane which at times I am able to discard. I can go up and down stairs, albeit just using my right hand to hold the stair rail so I come down backwards. I can also take a shower with assistance and I am now able to make a fist with my left hand, even though I have not yet learned to hold a pen and write. Any writing I have to do has to be done, as well as possible, with my right hand.

People who visit who have not seen me for a while comment about the good progress I am making, even though on a day to day basis my wife and I do not notice it.

A further benefit I have enjoyed is the engagement of a woman who is now my “mentor” who has been administering lymph drainage therapy to reduce the swelling in my arm, hand and leg.

It has been the culmination of the NeuroAiD™, lymph drainage and physiotherapy treatment that has got me through and over the worse part of this stroke, something I would not wish to endure again or wish on anyone else as it is so debilitating and changes one’s whole life.

I hope others may read my testimonial and, if necessary, email me should they require affirmation.