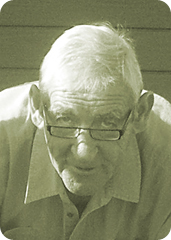 After 3 months he could drive again, speak normally and walk safely, though slowly. We can say that, today, my father recovered 90% of his abilities thanks to NeuroAiD™!

“We started giving NeuroAiD™ to my father (64 years old when the accident occurred) 5 weeks after his hemorrhagic stroke. He had been in a coma for 10 days, presumed dead and had spent 5 weeks in intensive care. His recovery potential was very dim. At that time he could barely move his right-hand fingers, the rest of his body was completely paralyzed and he had some memory problems… Once he came out of intensive care, we were able to peacefully give him NeuroAiD™. We opened the capsules and gave him the treatment twice a day (at 2PM and in the evening, we couldn’t visit him in the morning).

From the moment he started his NeuroAiD™ treatment, he made significant progress. After 2 weeks he was able to walk in hospital corridors by leaning on banisters, he could use his arms again and his voice was audible. The doctor who had seen him at the end of his intensive care couldn’t believe how much he had recovered in only 3 weeks. This was ‘incredible’ he said. We had ordered only one month of treatment and at the end of that month, my father felt it was becoming harder to walk or speak.

So, we reordered two months of NeuroAiD™. After 3 months he could drive again, speak normally and walk safely, though slowly. We can say that, today, my father recovered 90% of his abilities thanks to NeuroAiD™! We learned about NeuroAiD™ on the internet, while looking for information about stroke. My mother, who is a nurse, said that NeuroAiD™ couldn’t be harmful since it was made from plants and that we had nothing to lose testing it. The NeuroAiD™ Team is always available by mail or phone (even at 10PM to track down your package!!). I strongly recommend this treatment to you.”